Is Apple Trying to Kill F2P with Arcade?

Yesterday Apple announce the launch date for their new Apple Arcade subscription service: Thursday 19th September. And along with the date they showed off a bunch of games, including Konami’s Frogger reboot, Capcom’s underwater adventure Shinsekai: Into the Depths and Sneaky Sasquatch from my buddies at RAC7 (I played an early version of the game several years ago and it’s brilliant fun).

Arcade is going to cost $4.99 per month, giving subscribers access to games across iOS, Mac and Apple TV. This has led many to ask: Who is this for? With the overwhelming quality and array of free games on the App Store, there seems little reason for players to ever pay for an entry fee. The non-viability of paid games – it’s only the anomaly of Minecraft that manages to maintain a consistent top 50 position in the App Store’s top grossing – is so abundantly clear that most consider making paid games on mobile commercial suicide.

Yet, Apple has an uneasy history with F2P: While F2P games makes the majority of income for the App Store, which now stands at over $45 billion per year ($33 billion from games alone), the editorial team champion paid content disproportionately in the App Store and lavish Apple Design Awards on indie paid titles like Alto’s Odyssey and Oddmar. It’s evident that Apple favour visually impressive, auteur games over the more systemic F2P titles. Apple wants premium high-design games to match it’s premium high-design hardware.

Despite the will of Apple, the market has defied them at every turn, thanks to the open nature of the App Store. Players want free games and some are willing to repeatedly pay for them, shifting players from the open market of the App Store to closed market of the game. Apple have effectively lost control and their editorial influence is dwarfed by the user acquisition channels.

Arcade then is a very evident attempt for Apple to regain editorial control by offering something overtly anti-F2P. Arcade games must be free of IAPs and adverts, as well as any form of player tracking, while being narratively led. As someone put it to me: “It’s like the App Store editorial team got together and wrote down everything they hate about freemium”.

This has led most of the industry to write off Apple Arcade as folly: Once again the Cupertino monolith has ignored the market reality. But there’s obviously continued worried from consumers about loot boxes, IAPs and data tracking. Is that sentiment enough to push players over the barrier in to a subscription service? Especially for parents worried about their kids playing games with IAPs?

I think this is unlikely, but not entirely impossible. Apple offering a free one month trial means that one or two killer apps could be enough to keep players within the subscription. And while the early titles appear very much to be in the style of paid games, there’s nothing stopping Apple adding long-retention titles such as MMORPGs or match-3 puzzles. Perhaps poaching F2P games and converting them, or commissioning spin-offs (Candy Crush Saga Arcade, for example).

This is in equal measure exciting and scary: While the mobile gaming has become rather creatively stale over the last few years, with tight genres and little breakthrough innovation, having Apple as an editorial gatekeeper is a concerning prospect. The democratisation of game development that the App Store ushered in, in direct contrast to the permission-locked platforms of Microsoft, Nintendo, and Sony, would come to an end if Apple Arcade becomes the prominent force.

Apple’s very much gunning for F2P with Arcade and the service is the company’s vision for the ways and types of games Apple want its customers to consume. And while my expectation is very much that Apple Arcade will be fail to find an audience, the history of games is littered with surprising upsets. And a successful Apple Arcade would be an incredibly large change for us all. 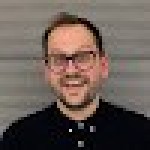 The Science of Game Platforms Part 2: How Sales Drop, and What You Can Do
31st August 2020
Industry-Leading Consultancy
We are a boutique videogames consultancy helping some of the world's biggest publishers and developers make better games. Find out how we can help.