The Principles of Building A Game Economy

What Is It? Economics is a large field of study covering how and why the production, consumption and transfer of items occur. For example, the UK’s economy is defined by the complex flow of money between corporations, households and the government.

Why Is It Important? As games become more complex with currencies being created, used and transferred they are effectively becoming their own economies. Understanding a few economic theories help you to understand and curate game resources better.

Over the last decade economic theories have be increasingly applied to the complex value exchanges within games, becoming an invaluable tool for designers. Back in 2012 Valve, seeing the value of economic theory, hired Yanis Varoufakis as Economist-in-Residence. Varoufakis later went on to become Greece’s finance minister, attempting to save the country from bankruptcy.

Economics is the use of maths to understand the production, exchange and consumption of a good, and is as effective a tool for Greece’s national debt as Team Fortress 2’s hats. So let’s start by looking at the simplest expression of economics in games: The creation and destruction of in-game resources.

A game’s economy is the flow of resources between its systems and players. When talking game economies there are two helpful concepts: Taps and sinks. A tap is point of creation of a resource: In League of Legends, for example, the player receives gold at a rate dependent on the map and any items they are carrying, making the map and items gold taps. Meanwhile a sink is a place where the resource is destroyed: League of Legends players spends their gold in the shop, so the shop the game’s singular gold sink. 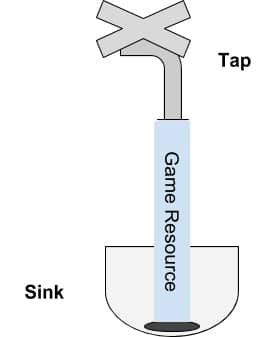 The analogy of tap and sink is an interesting one because it allows us to build a mental picture of a resources flow; If the tap is generating the resource quicker than the sink can remove it then an excess builds. Any resource that is in excess becomes effectively worthless to the player and they stop interacting with the tap. If you’ve ever used an infinite health hack in a game you’ll know boring a game becomes once health is abundant. 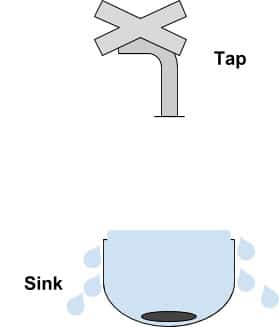 Figure 2: The sink has overflown and the player has turned off the tap (e.g. stopped interacting with that mechanic).

However, the inverse can also be true: When there is too little resource coming from a tap then there is little motivation for a player to interactive with it. The correct balance between a tap and a sink is known as a pinch point.

In economics a pinch point is the level of supply of a commodity at which demand is maximised due to consumers becoming concerned about the supply. In games we can think about this as the point where the supply shows the utility of a resource but is scarce enough to have players continue to seek it.

A great example of this is any game with hard currency: You must give enough currency so players become entrenched in using it, but not enough so they never want to buy it with an IAP. This pinching also keeps players motivated to play as they seek those allusive gems.

However, it’s possible that a pinch point in a game isn’t static. Instead it may move as all the taps and sinks grow in size. 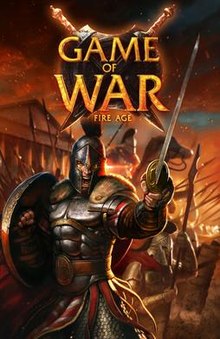 Game of War used intentional inflation in order to continue to push sales.

In economics inflation is described as the increase in cost of goods and services, often driven by an increase in resources, such as cash, within the system. Inflation in games can occur throughout a playthrough, via the introduction of new content or as a result of emerging economic efficiencies coupled with player-to-player trading (e.g. gold farming).

There are some big benefits to intentional inflation within a game: As players progress they feel rewarded by increased taps. Incremental games make great use of intentional inflation by building sinks that increase the taps exponentially (see part 1 for more details), constantly rewarding the player.

But incremental game makers also increase the sinks so as to balance the expanding flow of resources: This stepping of increased taps and sinks manages to have the player feel their demand is being met while the goalposts shift proportionally, ultimately creating a moving pinch point.

Let’s look at a hypothetical mining incremental game where the player buys and equips items that increases the rate at which they can mine gold (see table 1 below).

Table 1: The cost and gold generation rate of equipment.

By inflating taps and sinks proportionally you’re able to effectively manage inflation to require the same level of effort, which in our example is 100 seconds of play. However, you can also modify the rates of tap and sink growth to create a different effort growth. In table 2 the tap and sink grow non-linearly creating an increasing rate of effort, which is more common.

Yet it’s rare that any game has one resource, one sink and one tap: The majority of games feature multiple resources that can be converted between each other, creating complex economies that are interesting for players to manage and challenging for designers to build. How then can we begin to design such an economy?

Read more: Game economy inflation is also an incredible tool for allowing you to run sales in your game without incurring a “hangover” (decreased revenue following an IAP offer). Check out my article from GamesIndustry.biz F2P Economics: Inflation and the Perpetual Revenue Machine. 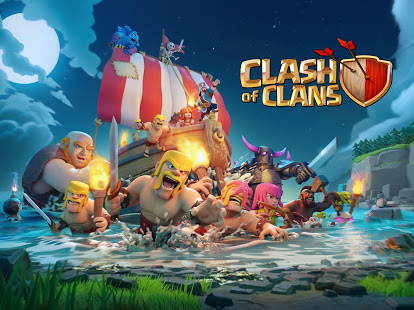 Clash of Clans’ anchor value is time. Every other game resource can be tracked back to it.

An anchor value is some resource from which you can build other resources through one or more conversions.

But what does an anchor value allow us to do? Anchors are the yardstick of balancing and with them we can model, build and refine a game’s economy. For Supercell’s designers working on Clash of Clans’ they were able to plan how quickly players would get through content and, as in-app purchasable gems allow timer skips, know how much money they could expect from top end players. In other words, anchors are the base on which we build our economies.

The exchange of gems to time in Clash of Clans is based on a piecewise function (see part 1), where longer timers are per second cheaper than shorter equivalents. See Wolfgang Graebner’s Gamasutra article Clash of Clans Time Monetization Formulas Demystified for a great explanation.

If as a designer you get your anchor values wrong the impact can be devastating, resulting in under or overpowered mechanic. In effect, any mechanic that is overpowered (or OP) is one in which the exchange is far more effective than comparative offers. OP mechanics can shrink the diversity of strategy making good games repetitive and dull, but are likely to come as part of finding the fuzzy edges of exchanges.

While good game designers plan out their anchor values and comparative exchange rates, great game designers build exchanges subtly complex enough that the best exchange is so subjective it keeps players enthralled for many years, just as Clash of Clans has. So avoid linear exchanges and think about how values can vary with time, turns or other mechanics to make systems that create deep and varied strategies. Even if you occasionally build something OP.

Try this: Find a game you like with an historical OP mechanic. What exchange of value is making this mechanic OP? How would you fix it? If you can’t find something, then check out some speed running to see how players exploit mechanics.

In this primer of game economies we’ve looked at a few helpful concepts:

However, this is really only a starting point. Game economies are complex and can be difficult to build, with many pitfalls and confusions along the way. I’m a big fan of building and using Monte Carlo simulations for your game to aid in the construction of new economies, plus some specific KPIs for tracking the health of an economy once live. If you’d like help with your game’s economy then please do get in contact.

This is article is an adapted excerpt from my upcoming article Mathematics of Balance: Part 2 in the new print game development magazine Wireframe. Issue 2 is out 22nd November. See an excerpt from part 1. It has been adapted to work as a simple primer for mobile free-to-play (F2P) economies. 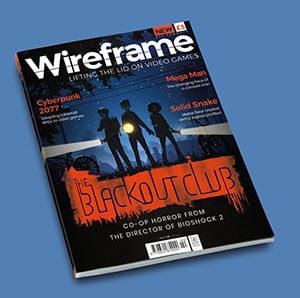